Our final stop of the 2018 Summer Adventure was in a relatively unknown but truly remarkable southern-Utah destination known as Cedar Breaks National Monument.  The uncrowded trails, cool temperatures, and colorful rock formations had us jumping for joy!

It ALSO had us gasping for air!  Located on the 10,000-foot-high Markagunt Plateau, the area’s highest point of Brian Head Peak is at 11,307!  GASP – It was hard to breathe in that thin air, and the RV generator went fully on strike!

Cedar Breaks is a smallish naturally-carved ampitheater, about 3-miles wide (small at least as compared to bigger but similar Bryce Canyon National Park, which we visited in 2016: read about it here).

Hey!!!  Who are those people in the shadows below?  They look pretty fun.  🙂

Uplifted limestone from an active fault, and millions of years of erosion has created hoodoos, arches, fins and canyons.

Early Paiute people called Cedar Breaks u-map-wich, meaning “the place where the rocks are sliding down all the time.”

Yellow-bellied marmots are plentiful in the area.  Up to 28″ in length, they dig 20-foot-deep tunnels in which they hibernate up to 200+ days per year.  Now that’s a long winter’s nap!  They get as cold as 41 degrees, hearts slow to 30 beats per minute, and breaths to 2, to survive until spring without eating.

Unlike many trees, a bristlecone doesn’t die all at once — it can have both living and dead parts.  When part of it becomes damaged and dies, nutrients are diverted to the healthy part, which continues to live.  This is one of the factors that gives them their twisted, gnarled appearance.

The many colors have mostly been created from oxidized iron and manganese.

Multiple overlooks give varied perspectives on the gorgeous canyons, created from millions of years of geological processes.  Do you see tiny Philip and Sprinkles in this photo?

Getting to Cedar Breaks, especially in a 10,000 pound motor home, is best accomplished from the east (Panguitch or Long Valley Junction).  Of course, Murphy’s Law in full effect during our travels, we (unwittingly) went up from the west (Panowan), a 13% grade over 14 miles, during which we probably got an average of 2 MPG.  It was slooooowwww going!

Hiking trails in this area lead you right along the edge, to lookout points jutting out into the ampitheater.

A close-up of this hoodoo looked like a priest in robes, praying for more oxygen to breathe!

The small Visitor Center has a surprisingly large number of science programs and presentations, including telescopes and star-gazing parties in the area’s dark, dark skies.

The small, family-oriented ski area of Brian Head is the closest town, and you can drive up a road to the top of Brian Head Peak.  This looks like a tiny hill, but see the arrow pointing to a tiny bump in the photo below?

That tiny bump is a full-size structure!

Built in the Depression-era by the CCC (Civilian Conservation Corps), it was one of many projects beautifying Cedar Breaks, including trails, paths, and the Visitor Center.  For 7 days a week of very hard labor, young men were paid $30 a week and required to send $25 of it home to their families!

From the top of Brian Head Peak, you can see in all directions, supposedly all the way into Nevada and Arizona, though we were not able to pick out the lights of the Vegas Strip nor any saguaro cactus.

The best part of Cedar Breaks is its low temperatures, with lows in the 50’s and highs in low 70’s during the day, because of the high altitude.  The closest towns in southern Utah (Cedar City, St. George, Kanab, etc.) were well over 100 at the same time!

At the aptly-named Point Supreme Campground, located right inside Cedar Breaks National Monument on the top of the plateau, we ruminated on our love of travel, new adventures and each other.  Funny how lack of cell service causes you to relax fully and appreciate life more deeply!

We are now back in Phoenix, sweltering away, eagerly planning our next travel adventure … though the Lucky Charm will unfortunately get left behind this time!  We’re heading “across the pond” to Italy in late September, celebrating our ten-year wedding anniversary, renewing our vows and experiencing hotel life again — something we haven’t done much of since we started RV’ing!

Camping adventures begin anew in January with a six-week “Texas State Parks” trip, and then our longest-ever summer trip in the works for May 15 through October 8, 2019, a “Eastern Grand Loop” including as far up as Old Quebec Canada and the coast of Maine!  Hope to take you along then too! 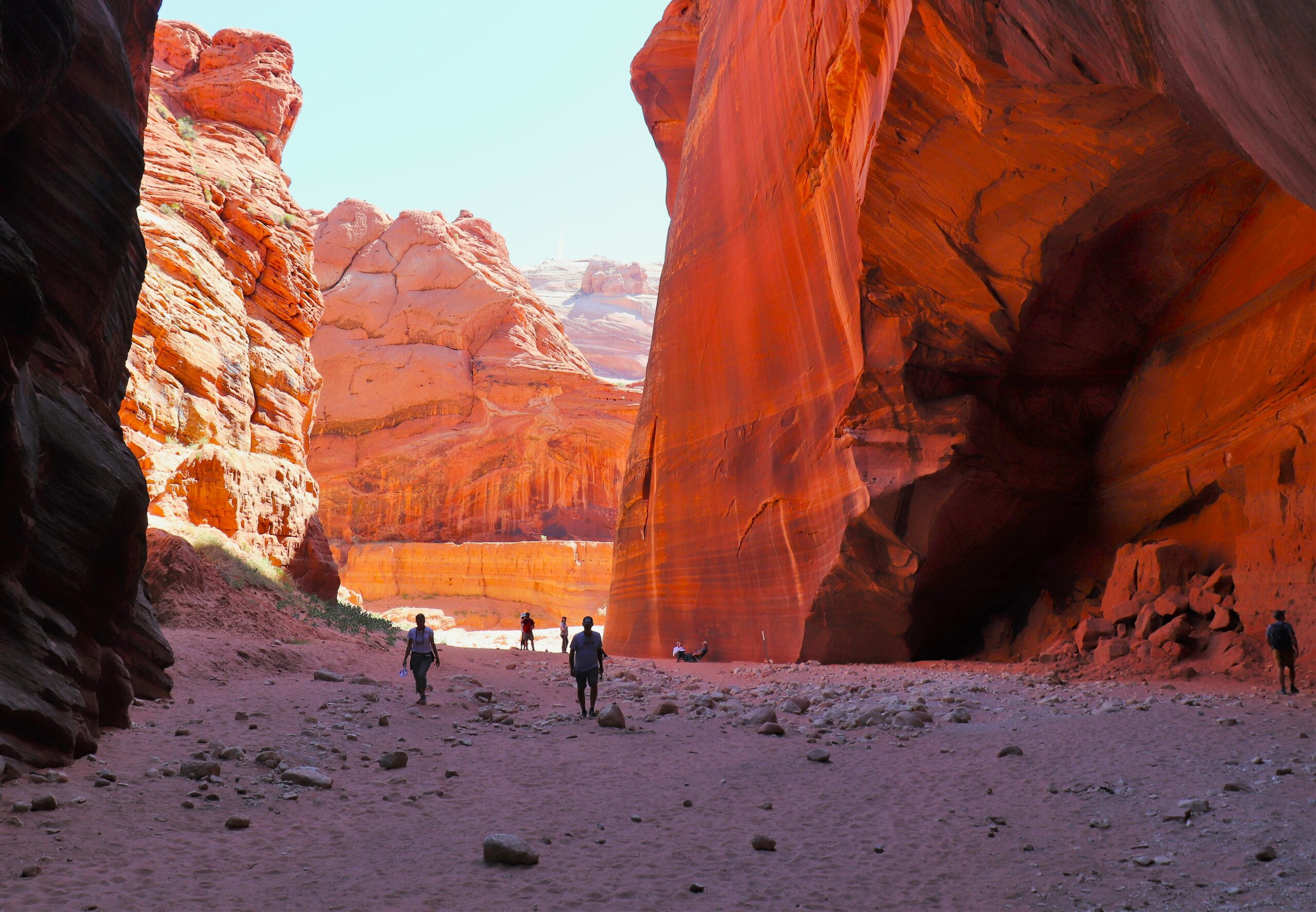