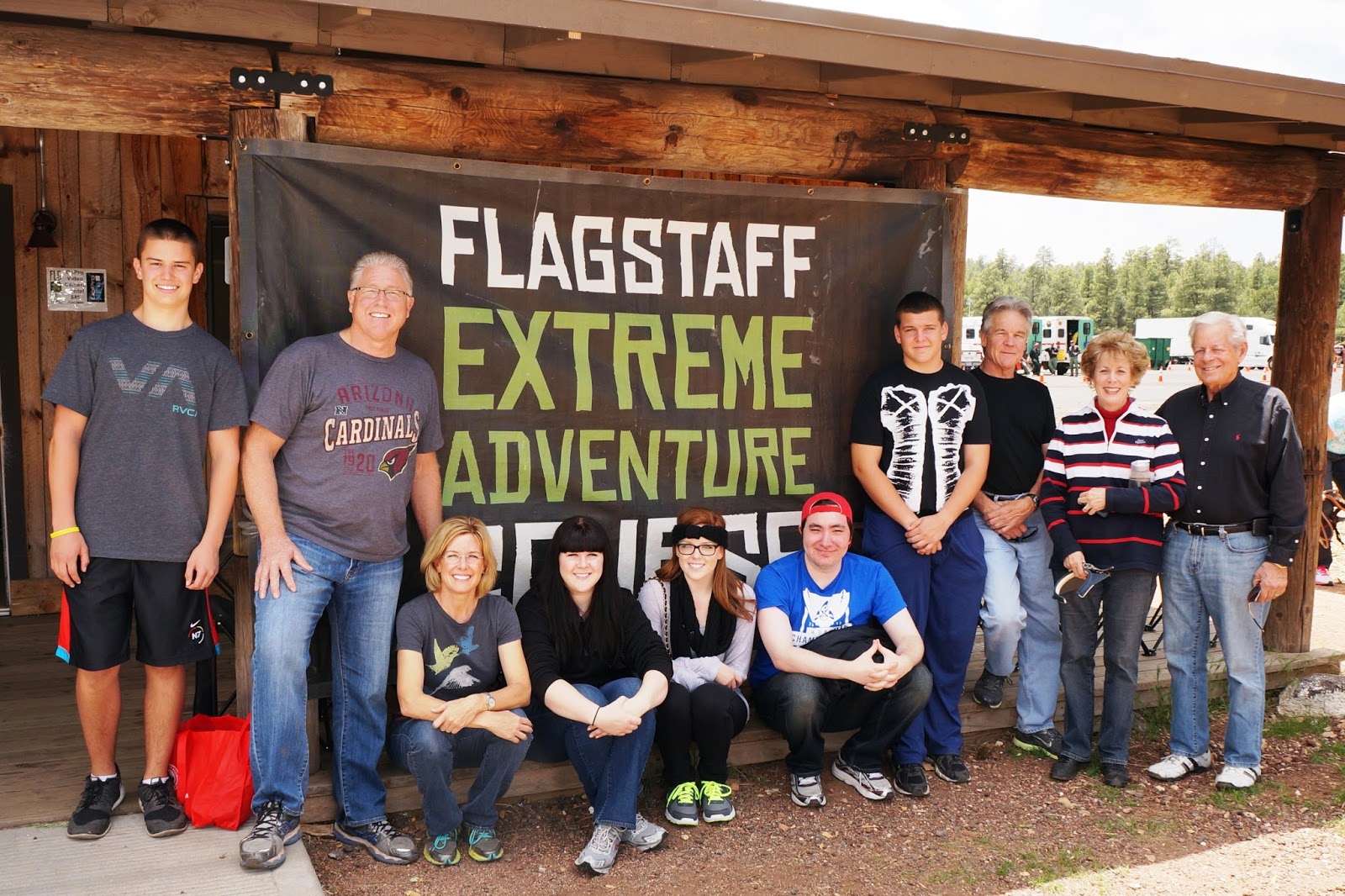 Our latest adventure in the Lucky Charm was to Flagstaff in Northern Arizona for the celebration of son Max’s 15th birthday. Our family rocked the Flagstaff Extreme Adventure Course!

FlagX, as it is affectionately referred to by all the cool kids, is a series of aerial obstacles that is set in tall Ponderosa Pine trees at 15-60 feet off the ground!  Some of the features are suspended bridges, swings, nets, slides, rockwalls, ziplines, and even an aerial surfboard.  It was tons of fun!

We stayed at Fort Tuthill County Campground for it’s perfect location … right next to FlagX!  It was cheap and nice, although there was no electric service so we had to rely on our generator as needed.

Wildfire crews were at that time battling the so-called “Slide Fire” which originated in Sedona, just south of Flagstaff, and because of the wildfires, open fires were not permitted (even in the campground firepits), but we had brought along a propane-fueled firepit that WAS allowed, so we were the only campers able to roast marshmallows … obviously the most important part of camping!  It also helped keep us warm during some surprisingly chilly evenings!

The birthday party was mostly for Max, because he will turn 15 while he is at summer camp in Indiana this summer.  We celebrated THREE important family birthdays all at once, however … Sprinkles the Dog on July 7, Max on July 8, and Sarah’s boyfriend Sean on July 9!

They each got their own themed cake!

Our “FFF” (Flagstaff Family Fun) had all the elements of a great time ………….

And most importantly …………… FAMILY!

The Lucky Charm gets a short rest period before the most important journey of her young life so far — our next trip will be for six weeks throughout the west, including Zion National Park, Grand Tetons, Yellowstone, the coast of Oregon, Redwoods, Lake Shasta, and so much more, starting June 21!  More charming adventures await during the summer of 2014!